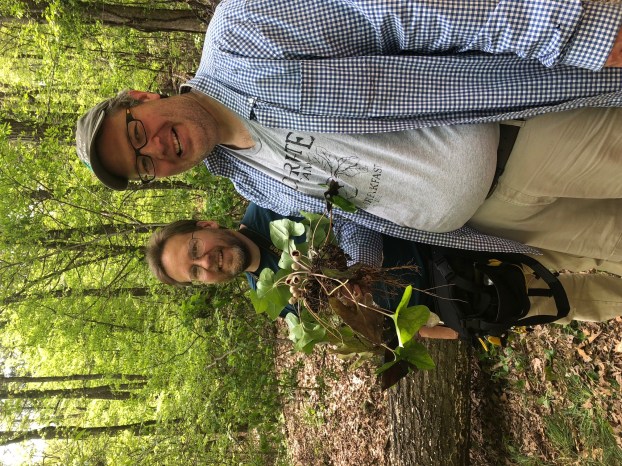 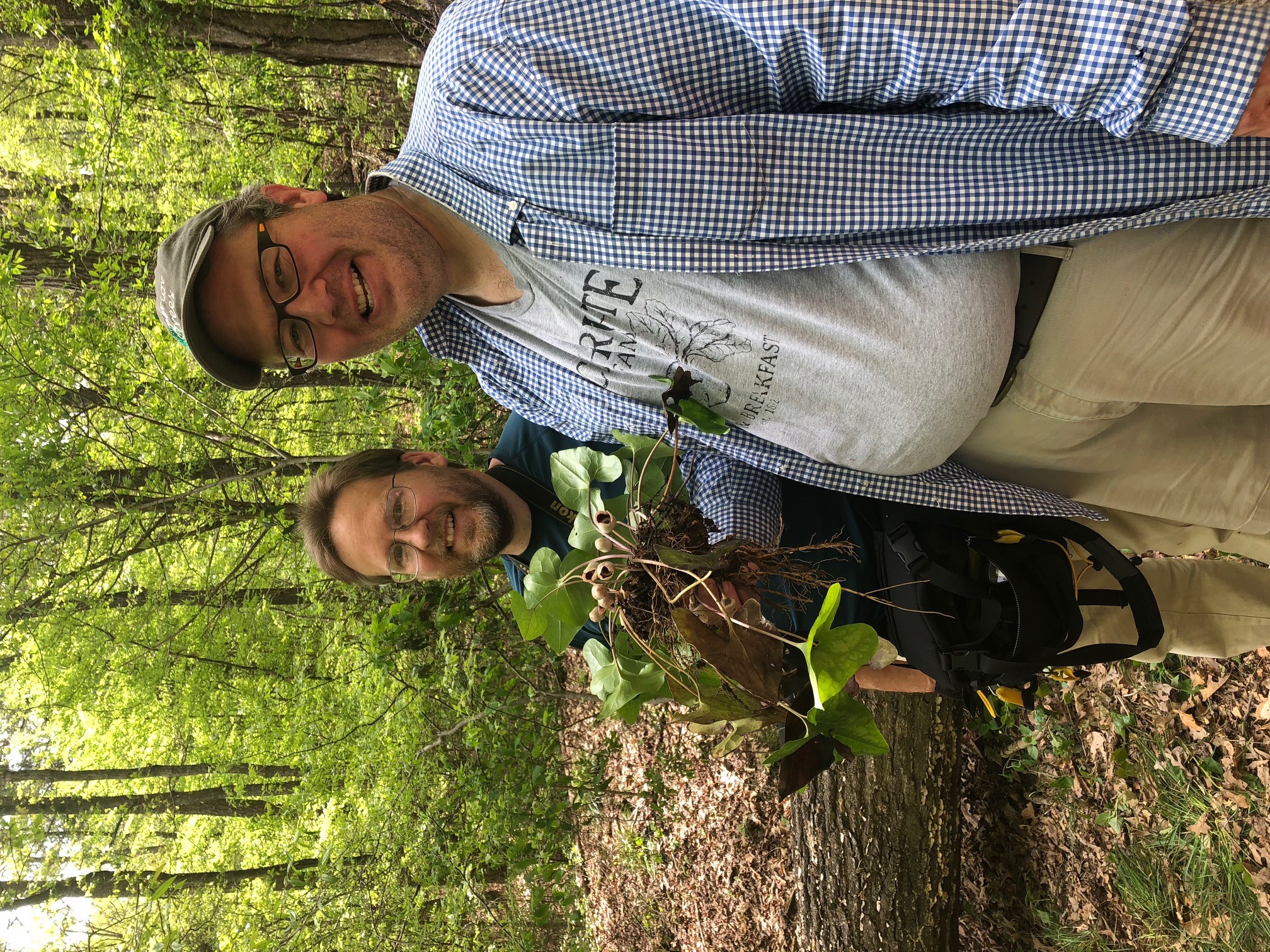 Brian Finzel and Dr. Brian Keener with the new species of Hexastylis.

The new species of Hexastylis—H. finzelii—is known only from a single mountain in Marshall County, Alabama.  In 2020, a second population was found just a couple of kilometers from the initial discovery.  The findings were published in the December issue of the Journal of the Botanical Research Institute of Texas.

The species name pays tribute to Finzel, who made the discovery and contacted Keener for assistance in collecting and documenting the specimen. Outside the classroom, Finzel is a native plant enthusiast and nature photographer. 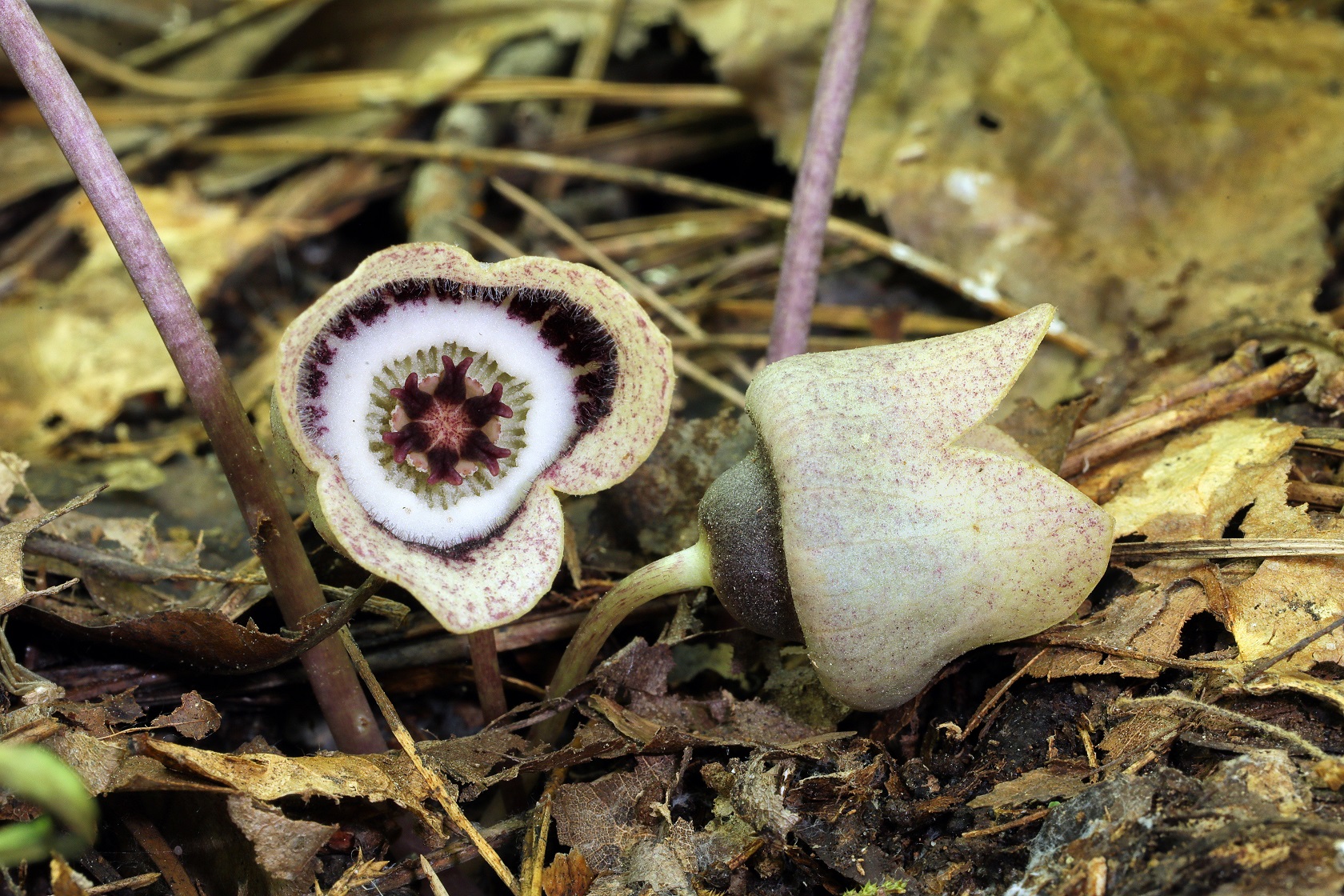 Finzel, discovered the species on a routine photography hike along the Tennessee River.  He recognized something was odd which prompted him to contact Keener.  “When he sent a text photo of the flower, I knew instantly I was looking an unnamed species,” Keener said.

“Finzel’s discovery of the first population of the new entity and dedication to systematic plant photography of the southeastern U.S. flora deserve commemoration,” Keener said. “The common name ‘Finzel’s Wild Ginger’ is a literal translation combined with laymen’s traditional vernacular of related species.”

Alabama is well-documented for high levels of biodiversity, with many species at risk. A different ginger, Alabama Ginger (Hexastylis speciosa) is currently under review by the U.S. Fish and Wildlife Service to be listed as a threatened or endangered species. According to Keener, H. finzelii is at risk, too.

“Ironically, H. finzelii is in much greater need of conservation efforts as the extremely narrow distribution makes it considerably more vulnerable than H. speciosa,” Keener said.

Keener is curator of the UWA Herbarium and director of the Alabama Plant Atlas. The original type specimen of H. finzelii will be housed within the herbarium made available digitally to future researchers through the Plant Atlas.