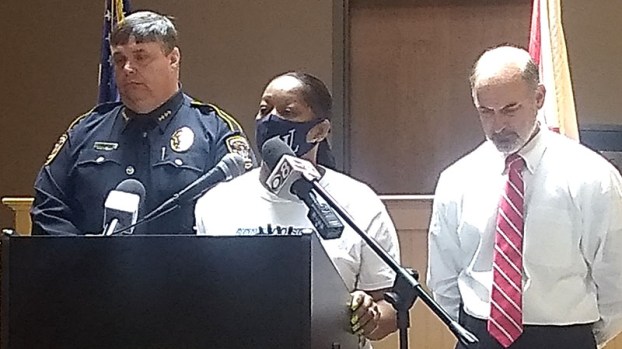 Valada Steele, aunt of Shannon Steele, speaks during a press conference Wednesday announcing an increase in the reward available in the investigation of Steele's murder.

The Demopolis Police Department and the 17th Circuit District Attorney’s Office have increased the reward for information leading to the arrest of the person or persons involved in the death of Shannon Steele. 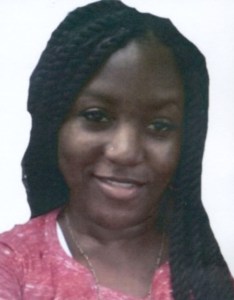 The DPD held a press conference on Wednesday, July 15, to discuss a reward increase for information regarding Steele’s death. The DA’s office announced that they would pledge an additional $10,000 in conjunction with the previously submitted reward. The DPD contributed another $5,000 to bring the total reward to $20,000. The goal is to re-energize the public’s interest in the case and encourage anyone to come forward with information.

“This is a particularly heinous crime. One that I don’t like going unsolved in my circuit,” said District Attorney Greg Griggers. “I don’t like the thought that this person is still walking amongst us. Not only did (this person) take the life of a young mother in her home, but worst of all, he did so with two young children present.”

“We will be revisiting all the current information as we try to develop new information,” Flowers said. “We will make sure no rock is left unturned as we go through every angle possible.”

Valada Steele, Shannon Steele’s aunt and an employee with Marengo County E-, spoke at the conference. She thanked the police department for their work and said her family appreciates everything they have done for them.

“This is really hard on me. I work for Marengo County E-911, and I was at work and took the call,” Steele said. “To see her children every day makes it extremely hard, but you have to be strong and my job has made me strong.”

Shannon Steele’s body was discovered in her apartment at Queensbury Lane in Edgemont Village in Demopolis on Dec. 28, 2017, by a Demopolis police officer. Shannon’s body was found with her two underaged children in the apartment.

Marengo County’s positive cases of COVID-19 has continued to climb and now stands at 364, according to the Alabama Department... read more