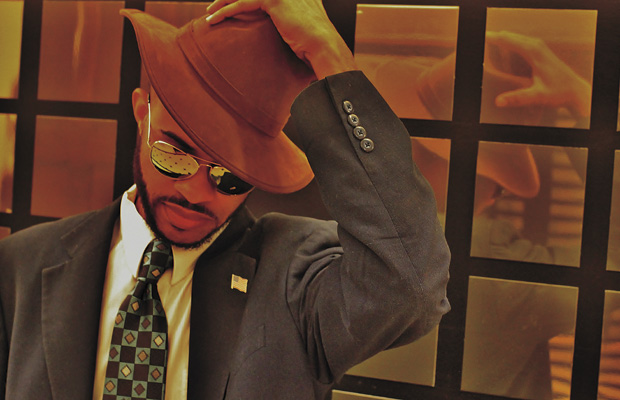 WES released his first album in 2017 and is already working on his second.

For a year and a half, Wesley Hodges, known to fans of his music as WES, woke at sunrise and worked on instrumentals and beats for his 2017 album, Qlimate. The 30-year-old stopped in the early evening and began working on lyrics. The album features mostly hip-hop, but also gets into blues and R&B in the later tracks, something he designed with his listeners in mind.

Over his life, WES developed his own music style blending together multiple different ones.

“I’ve always been around different types of music and I could never pick just one.”

He describes his style as “Different. One of a kind.”

WES has been involved in music for most of his life. “I was playing in a band when I was in kindergarten.”

However, once he started his career in politics, WES felt he had to be “super conservative” in order to avoid scrutiny.

“In the Bible Belt … you got to really maneuver with things,” WES said.

He had been involved in youth government programs for years before earning his master’s in Public Administration from the University of Alabama. WES said he became interesting in politics because he wanted to help the community.

The former public servant sought out a political seat for State House of Representatives in 2014, which he found to be an “enlightening process.”

Though politics has taken a back seat for WES, he “more than likely” will return and is even considering running for state congress again.

However, even when music wasn’t a priority, it was never far from his heart. He was ghostwriting for friends, but became tired of seeing his tracks “going to waste” because they were not marketed as they should have been. At that point, WES decided to do it himself.

Returning to his first love of music was “mind-blowing” for WES.

“[It was] like no other feeling I’ve ever had in my life,” WES said.

He initially had a team of people helping him produce his album, but eventually took more control when there were multiple songs that he was not comfortable with. To WES, they sounded good but weren’t at the level he was looking for.

He added more music and began composing his own songs which made it easier for him to make the progress that he wanted. It was a personal decision that led to whether or not a song was included. He presented his songs to a core group of people who supported him throughout the entire album process.

That core group is made up of close friends that he connected with in the music industry and wanted to support him. “I fully thank them for their support.”

He arranged the songs based on who he would feel would be more interested in the tracks. Hip-hop songs and songs with heavy instrumentation are featured first in order to “bring you in with the music feel”, followed by songs that he felt would appeal more to women and that tell a story. Songs with closer roots to R&B, are at the end of the album for his older listeners. WES describes those songs as “laid back, feel good music.”

For the album cover, he partnered with Curtis Minningfield, a film production student at the University of Alabama, with whom he did some photo shoots. He had enough photos to do two months of promoting through Facebook, Instagram and Twitter. The promotions for his album were photo-based and social media heavy because “[people] react to photos so much faster.”

WES would also give rides to friends and play his CD. He would wait for a reaction from the passenger, only to reveal he was the artist behind the music.

“[That was] pretty much how I figured out what songs to put on the album. That and my core group.”

His uncle and late father, both having had long careers as band directors, brought WES up surrounded by music.

“That was obviously where it all started,” WES said.

“My father was probably the biggest influence on me just because of his work ethic.” His father was a minister St. Carl Baptist Church in Boligee, Ala., as well as an educator, farmer and band director.

WES said his faith plays a huge role in his music career, as well as every other part of his life.

“I have a strong faith in God. You have to have that in everything you do in life. No matter what industry you’re in, you have to have God in it … that was something my father taught me.”

While it was his dream, WES faced struggles along the way. “You don’t really have a story if you don’t have [an uphill battle].”

WES endured the same hardships that many artists face. “As an independent artist, you always have the financial struggles. You don’t have the budget that big labels do. You have to make your own way.”

He faced discouragement and self-consciousness, but eventually let go of it all and focused solely on his music. “… God gave me this talent and like it or not I’m going to use it.”

That was when he began making headway in his music career. But, for him, success isn’t just being a popular artist.

“Everyone would like to see their music on the top charts,” WES said. But, ultimately, his goal is much humbler than that. WES mainly wants people to enjoy his music and wants to put enough of it out so “everyone has something to listen to.”

He’s getting closer to reaching that goal, as his second album is already in the works. Though he has not chosen tracks or set a release date yet, WES is planning on featuring an even wider array of music in his next album, including pop, reggae and EDM.

“If you thought the first album was mixed genres, this 2nd album I have coming … [is] going to be pretty jam-packed with a mixed variety,” WES said.

He offers advice to everyone in the music business and to everyone who is working on following their dreams. “Just do it. Whatever you want to be in life, just do it.”

WES said he was blown away by the positive reactions he’s received in his music career.

“I wasn’t expecting this much support so early on in the album.”

He said “the people of Marengo County have really shown a great deal of support”, as well as his old high school and the University of Alabama.

“I appreciate all the support from now on and until all the future projects … I thank them for sharing my vision.”

(This article originally appeared in the Saturday, July 14 issue of the Demopolis Times.)

If anyone was ever truly born to do anything, Brett Schroeder was. The Demopolis High School junior — the son... read more